The GWSDAT graphical user interface (GUI) allows the user to navigate through a groundwater dataset and explore concentration/ groundwater elevation trends in individual wells and across the site as a whole. Left-clicking on any of the user interface plots generates an identical but expanded plot in a separate window that can be saved to a variety of different formats including “jpeg”, “postscript”, “pdf”, “metafile”. Plots can also be automatically exported to a Microsoft PowerPoint or Word. 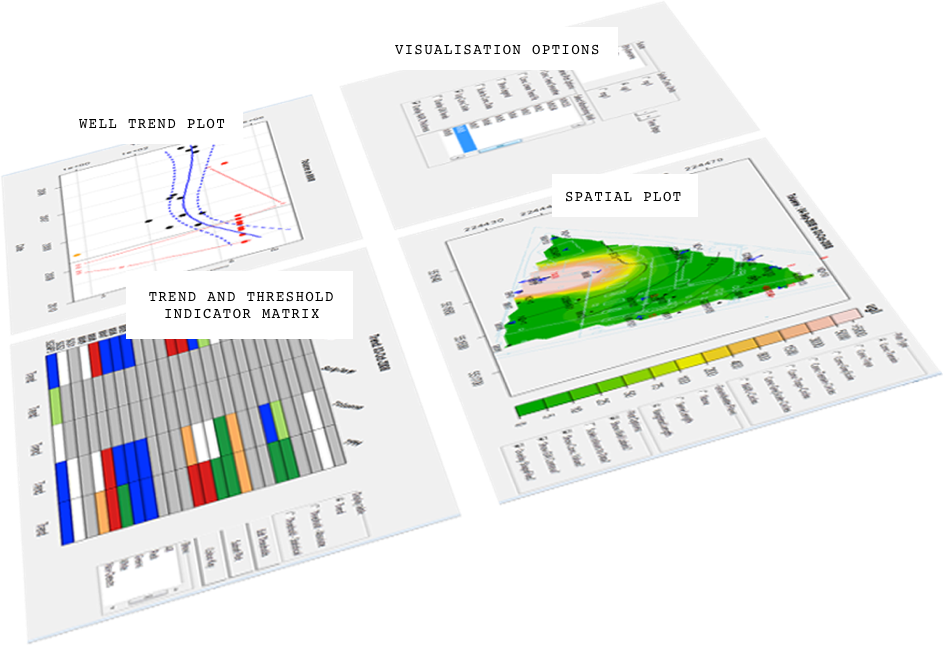 GWSDAT includes the following tools for trend visualization and detection: 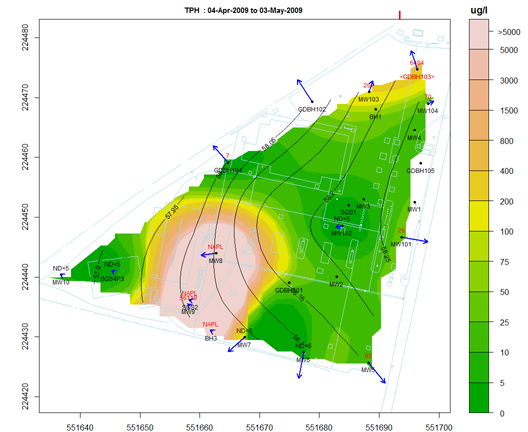 This feature provides a summary of the level and time series trend in solute concentrations at a particular model output interval.

New in version 2.12, GWSDAT calculates plume metrics quantifying and reporting temporal plume evolution. The quantities of plume mass, average concentration, area, and location of the centre of mass are calculated by spatial integration of the plume concentrations above a predefined concentration threshold. Further details can be found in the GWSDAT user manual and references therein.

For the investigation of historical time-series trends in solute concentrations, groundwater elevation and, if present, NAPL thickness for individual wells. Users can overlay a nonparametric smoother which estimates the time-series trend in solute concentration. The advantage of this nonparametric method is that the trend estimate is not constrained to be monotonic, i.e. the trend can change direction. 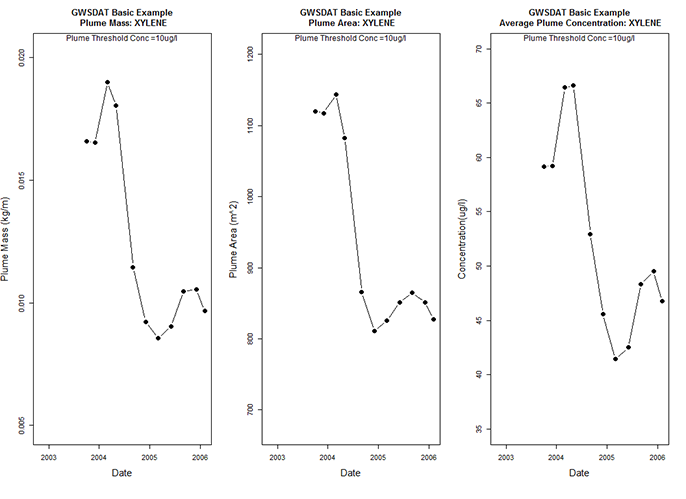